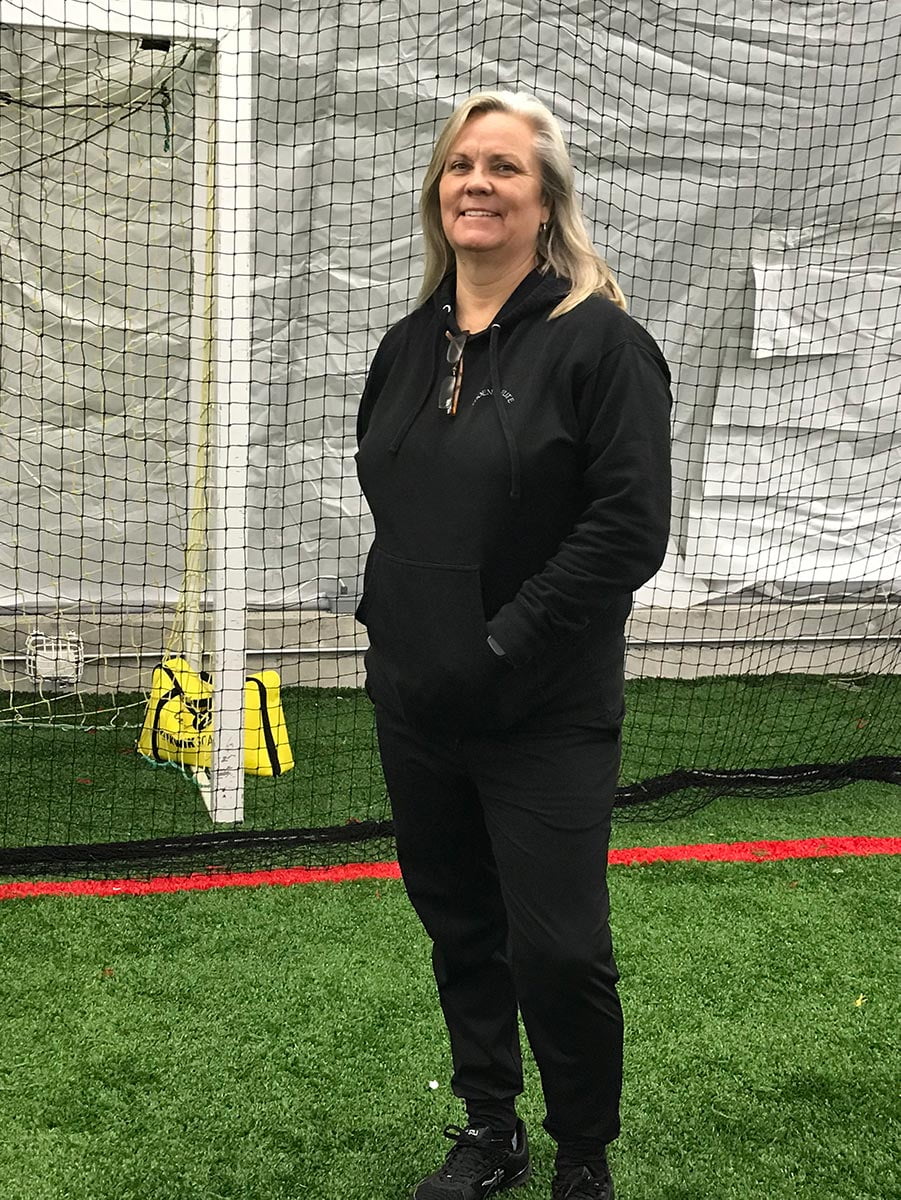 Robin Meaney was a three-sport star athlete at Brick Township High School, earning varsity letters in field hockey, basketball and softball. Following her scholastic career at Brick, she attended The College of New Jersey, where she was a member of the Lion’s nationally-ranked women’s field hockey squad. The team earned national champion honors in 1988, and made NCAA appearances in 1987 and 1989 as well.

Meaney earned her Bachelors of Science degree in Health and Physical Education from TCNJ in 1989.

Following graduation, she accepted a teaching position at Hunderton Central High School in Flemington, NJ. While at Hunderton Central, she served as the assistant varsity field hockey coach, with her teams earning Group IV NJ state titles in 1993, 1994 and 1996. Meaney was also named Teacher of the Year in 2004 for her efforts as an educator.

On the heels of her prolific coaching career at Hunterdon Central, Meaney was a co-founder and co-owner of New Heights Field Hockey Club. For more than a decade under her direction, New Heights consistently produced nationally-ranked club field hockey teams in the U-14, U-16, and U-19 categories. As director, she was responsible for overseeing day-to-day club operations, supervising a diverse coaching staff, tournament travel, securing training facilities, collegiate networking and public relations.
Many of the club’s alumni played for top-notch universities, including Wake Forest, Dartmouth, Rutgers, UMass, Syracuse, Boston College, University of Maryland, Lafayette and more. Additionally, one of her players is a veteran of the US Women’s National Field Hockey Team.

She is also an esteemed member of the National Field Hockey Coaches Association, as well as the United State Field Hockey Association.
Meaney relocated to Manahawkin in 2015 and is passionate about bringing the same championship levels of girls’ youth sports to Ocean County that other areas of the state have come to expect. She co-founded Phoenix Elite in late 2019 under the principles of educating and empowering young female athletes in sports and sportsmanship so they can realize their absolute full athletic potential.