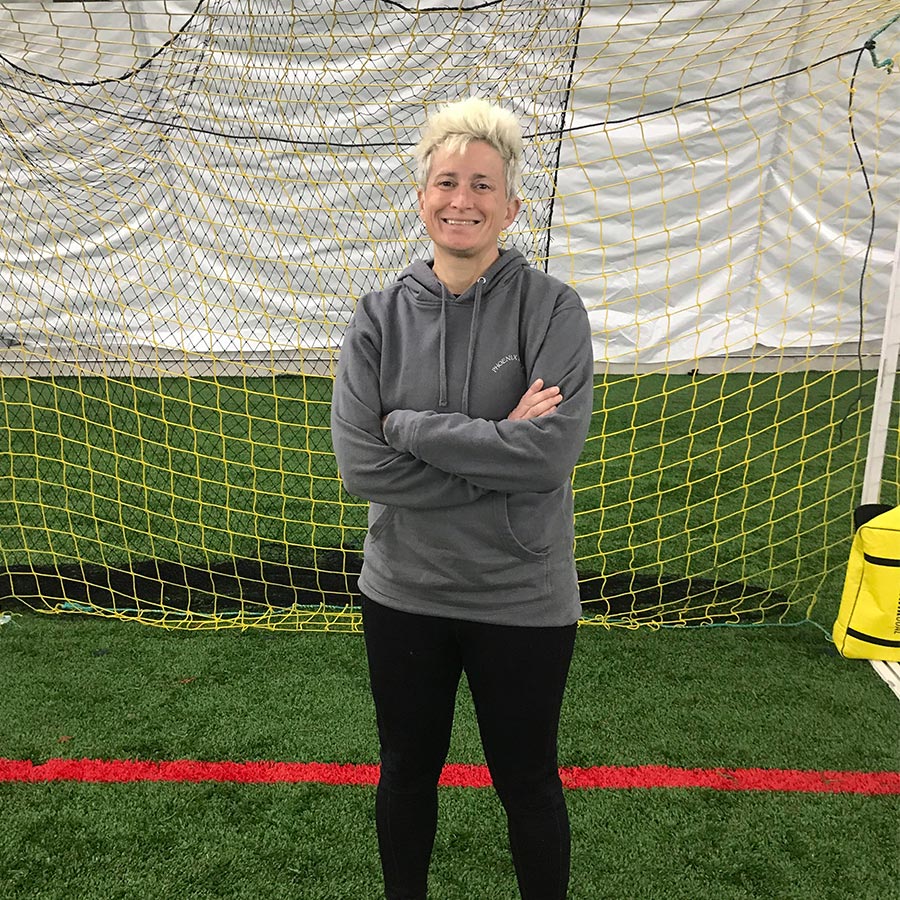 Laurie Temple oversees all Phoenix Elite communications – including website, social media and college relations. She also serves as the logistical director for all club team travel and tournaments. Temple has an extensive, 25-year background in corporate communications & public relations across the healthcare, education and business industries. Her passion, however, is sport – and growing opportunities for females across her home region of Ocean County.

She attended Pinelands Regional High School in Tuckerton, NJ., where she was a three-sport varsity athlete, earning 10 letters in soccer, field hockey and basketball. She was a four-year starter and captain for the varsity girls’ soccer team, graduating in 1991.

Temple then went on to attend Frostburg State University in Frostburg, MD. While at Frostburg, she was a founding member and player on the university’s first-ever women’s varsity soccer squad – born out of many years of club – in 1994. As a senior captain, Temple earned offensive MVP honors for netting 13 goals in 17 matches – helping to lead the team to a winning record and post-season participation in its inaugural season.

She was also a key member of the Bobcat student newspaper, served as a student intern in the university’s sports information department, and – in 1994 – was a press services intern for the FIFA Men’s World Cup at the Washington., D.C. tournament location.

Temple earned her Bachelors of Science degree in Mass Communications from Frostburg in 1995.

She then landed a full-time position as a sports information assistant at the College of William & Mary in Williamsburg, VA. Temple also served as an assistant coach for the nationally-ranked women’s soccer squad. While at W&M, the team won the Colonial Athletic Association division crown in 1996 and earned a spot in the NCAA Division I tournament.

Additionally, Temple previously served as a girls’ youth soccer coach with the Williamsburg Soccer Club (U-12), and the Haverford (PA) Soccer Club. She currently serves at the head coach of the U-13 girls travel squad with the Stafford (Manahawkin) Soccer Club.

In 2019 as a member of the 1994 Frostburg Women’s Soccer team, she was inducted into the Bobcat Hall of Fame.

Temple is excited to offer the Phoenix Elite programs to girls of southern New Jersey as she wished there were similar resources available when she was growing up South Jersey.